Teide National Park is a unique place in Tenerife, Canary Islands. This is the highest peak in Spain; its 3718-meter high turns it into the most-visited national park in the country and in Europe, with more than 4 million visitors every year.

Since 2007, it has also been declared a World Heritage Site by UNESCO, not only for being the highest point but also for its unique biodiversity and its richness in terms of landscape and ecology.

At the end of the day, these are the reasons why this exceptional park is the major source of tourist income for Tenerife. On the other hand, the trip itself is quite nice and very useful to appreciate the tranquility of the landscape and its surroundings. At the same time, and as you go higher, you get more and more familiar with the landscape and climate; you can also better appreciate the views or rock formations of El Llano de Ucanca, such as Roques de García. However, it is not to forget that Teide is a park that can also be affected by sudden climate changes, all year round, and it is necessary to be particularly cautious during winter months. Nevertheless, this is an excursion which is ideal for families.

We can reach Teide National Park from the southern slope of the island, after a walk across the Canary Islands pine forest and the village of Vilaflor, the highest town in Spain. Then, we get to Cañadas del Teide with its huge 17-km diameter caldera. It is home to wonderful and diverse landscapes with on one side, a moon-like scenery, on the other, rock formations included in the UNESCO World Heritage list, and, at the back, the summit of Mount Teide, the highest peak in Spain and third largest volcano in the world with its 3718-meter high. We then reach the base of the cable car; you can use it as an option to get to an altitude of 3500 meters. Be careful, at such high altitude, temperature can drop very low, so if you are planning to take a cable car ride, do not forget to bring warm clothes. After having admired the view over the whole Ucanca valley, we descend along the Southwestern slope, which boasts a very distinctive landscape and gives you a feeling of walking on the Moon …

The child rate is valid for 2 to 11 years. Free for babies.

There are no reviews yet.

Show reviews in all languages (3) 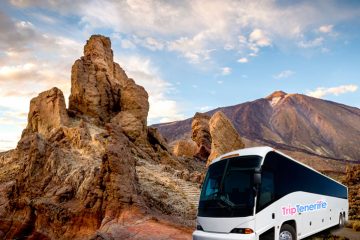 Enjoy a full-day bus tour that will 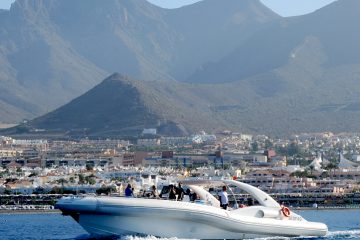 If you are looking forward to spending 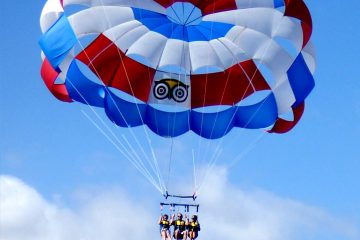 Embark on a great flying journey! Discover
Book the tour
From 17€
No hidden fees or surcharges